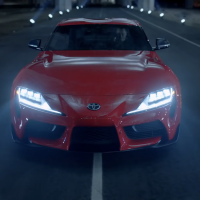 morgan0516 ✭
February 2019 in Suggestions
universal studios interactive of everyone, Hello. I say.

First of all, I am a Japanese player. Since I can not speak English much, the sentence will be translated by translation site etc. It may be difficult to communicate, but please understand that point.

There are some things that you would like to propose about this application for you this time, so I would be pleased if you could see it through the end.
The first proposal is to change the distance notation.

The first proposal is about distance units.
In this application, the yard / pound method is used, but I think that it would be good if I could change it to metric notation.
The reason is that in most countries the metric system is used and I myself are not used to the yard / pound law.
The second proposal is about competing elements.
Already with this application, there seems to be a "VS" that can fight the real player's ghost, but this time we propose a match in real time, not fighting with a ghost. If you can fight with other players in real time, I think that pleasure should double.

The third proposal is about language switching.
At this time it seems that it only supports English only, but I think that it would be nice to correspond to various languages other than English.
There are several reasons.
As I reported earlier, I am a Japanese. Recently Japanese players are on the rise and in Japan it is also said that Fast & Furious ("Wild Speed" in Japan) has been published, and explanations in Google PlayStore and Appstore are already in Japanese Nevertheless, because it is said that it does not correspond in the application, it certainly corresponded to multilingual such as Japanese

The fourth proposal is about cash.
To be honest, I think that cash is hard to accumulate with this application.
Even if you earn a lot in one race, you can earn only 100 cash. In addition, although the challenges are those who can earn, I think that efficiency is bad because there is a limit on the amount of cash that you can earn on the day.
Why did you propose to cash is that when you are trying to upgrade your own cars, they often run out of funds.
I think that there is no problem if you charge it, but since I am playing without charge, can not you make it a little more efficient to earn cash?
The last proposal is about car customization.
I love customs that make cars look like they want, so I'm very satisfied with the customization elements of the car.
But, personally, I think that it is okay to increase more customization factors.
The customization factor I want to increase personally is the wide fender and vehicle height adjustment function.
First of all, about Fender, in the recent custom industry, wide fenders are prevalent and I like the wide body, so I would like to have it implemented by all means.
Next, height adjustment
The proposal will be over.
I will not say it all, but if there is something that can be implemented in this, will you implement it in the next update?
Thank you for consideration.

[Additional notes]
Rather than a proposal, it became a request for this application, but is there a place to write such a thing here?
If the place to write is wrong, I will write it again in the right place again at a later date.
0 · Share on FacebookShare on Twitter

It looks like you're new here. If you want to get involved, click one of these buttons!