Re: My Suggestions for the game :)

I agree with all that and would like to add

2. Balance the score more. If you're the police and you block 'Safe A', you still have to kill 5+ more than the other team to win. It should be even. So whoever scores the most kills wins when safe a is jammed at the end of the match.

3. Make the police radar last for the whole match until enemy destroys it (no timer on it).

4. When activating bulldozer skill, you can still be killed before you get your new armour and then you lose that skill. The armour should activate instantly

5. If you jump while jamming a drill or placing a drill, you have to start it all over again, this is clearly bull shit.

6. JTC sniper is useless no matter how high rank it is

8. Create a better way of managing your loadouts for your guys. There are too many taps just to see each gun and sidearm for each character 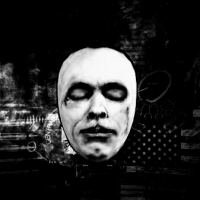 My Suggestions for the game :)

These are some of the things that need the game to improve in future updates:

-Best performance in bots: As best aim and distance to see the enemy and shoot.
Allowing them to reload their weapons like everyone else, it is unfair that they never have to reload, they also use an exaggerated cadence in shotguns and guns such as in Mosconi or Desert Heagle, etc.
Apparently "all" bots when they reappear can use their skills again, it is not fair when they always use ECM every "10 seconds".
Something that many detest is the aim they have to throw with the knife, impossible to dodge in 90% of the games played, it seems that it is the only thing that if they know how to do well, they even cross the walls (in some cases) ...
- Being a heister is easier than being a police: The majority of the times playing with the police becomes more complicated for many, who no longer have very good skills compared to the heisters. For example, Sanders' ECM ability should cancel the activation of the drills even when someone is already activating it (it is an example). Maybe if there was any way to give the police a little more advantage, such as breaking the holes over time so they don't activate again, just as the heisters can open the safes without being able to defend them later.
-Stars in quick match and MVP in ranked mode: It would be good to use the stars you win in quick matches, such as accumulating stars to improve the weekly safe or be able to level up with stars, all only play 10 games a week to open only your safe. Make quick matches more flashy to play.
Also the points obtained by playing in ranked mode are very few while climbing, there is a POST that talks about the amount of hours a person needs in a month to get far in ranked, since the seasons only last 1 month , I think this should extend a little more at this point.
The MVP player of the team could get an additional point (example) in ranked mode, this could make people more wanting to play better and seriously as a team and want to play longer this way.
-Weapons: The weapons do not have a reload animation according to real life, all reload as if they had no bullet in the chamber of the weapon, in addition to an annoying delay after reloading.
-Add the team contours as in the beta or in Payday 2 (it is more strategic.)
-Add more notifications (like when someone wants to add you as a friend, a sound when someone invites you to a lobby to play, Daily reward safes notifications, etc.)
-Add more information of added friends (General Stats, country, gender, hours played, etc.)
-Add more "REAL" team information in Quick match and Ranked mode (The weapons you are using, LVL, kills, locked / open safes, etc.)
For now that is all I have to say, it is a good game and has potential in PVP game and much more playing with friends. The only way to attract people to play is not to do everything fast. I hope the best of you all and Keep those helmets flying!

(sorry for my bad English) 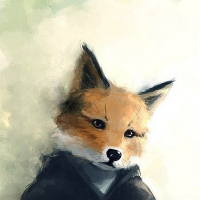 Re: How and where do I download the pre beta? I would love to test it out for you.

The game is currently soft launched in select regions. If it is available to you, you should be able to find it by simply searching for PAYDAY:Crime War in your App Store/Play Store.
Thanks for your interest 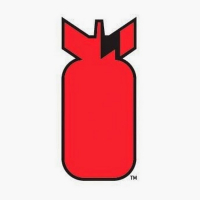 Re: Will items earned stick once the full game is released

Hi snocown,
If you have any progress from the closed beta we ran a while ago then this will not carry over. However, all progress from our current soft launch will carry over once we're ready for a worldwide launch.

Re: Can we gay romance Zach?

Re: When is a ranked season reset?

Re: Romance choices in Vanderpump Rules?

Re: How and where do I get the game?

Hiya!
The game is currently in soft launch status, meaning it's only available in a select few regions right now (we're adding a few more very soon!). You can sign up for the newsletter or follow us on social media to be the first to know what's going on.
As for your account, the progress from our previous closed beta does unfortunately not carry over to the soft launch/full game. Any soft launch progress will continue to carry over though.

Welcome, and thanks for your interest in PAYDAY: Crime War.

If you are new to the community please review the steps below:Our Community categories: